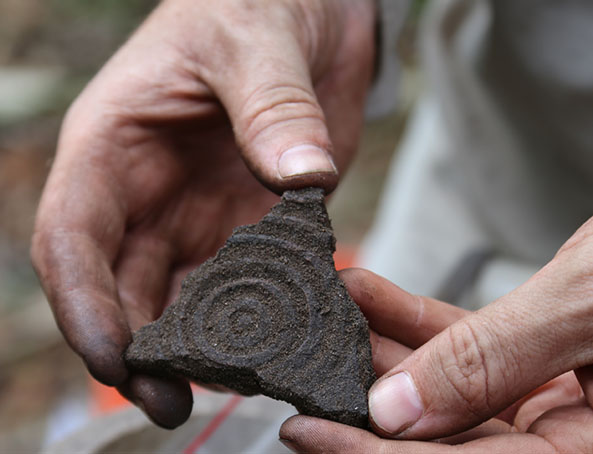 The Byrd Hammock in Wakulla Co., FL. is a prehistoric site that dates to approximately AD 450-850 and is composed of a two ring midden features and two burial mounds. The earlier of the two rings and mounds were used by the Swift Creek culture while the later ring and mound were used by the Weeden Island culture.

First recorded by the antiquarian Clarence Bloomfield Moore in 1918 as "Bird Hammock," (now known as Byrd Hammock) the site has been the focus of only a few small scale investigations by amateur and student archaeologists. But the site has also been subjected to decades of looting. In 2015, the site was privately owned by three different landowners and in jeopardy of being sold for development. Recognizing the importance of this site, staff from SEAC's NR&P division partnered with multiple local, state, federal, and non-profit entities to ensure the site would be preserved intact through property donation and land purchases. During this time, SEAC conducted archaeological work at the site to determine its boundaries and were able to identify the two rings as spatially, temporally, and culturally distinct, a conclusion postulated by prior work. Although the site is already listed on the National Register of Historic Places, the uniqueness and preservation of the site warrants a higher level of protection through the National Historic Landmark (NHL) program. As such, SEAF applied for and was awarded a grant to provide assistance to SEAC by funding an archaeologist to write the (NHL) nomination.

Through donations, the SEAF has also been able to assist SEAC's external programs division, ALTASC, with the production and publication of a report on that fieldwork at Byrd Hammock which helped define the site boundaries and identify the shape of the two rings. That information is now readily available to other researchers and the interested public at Amazon. 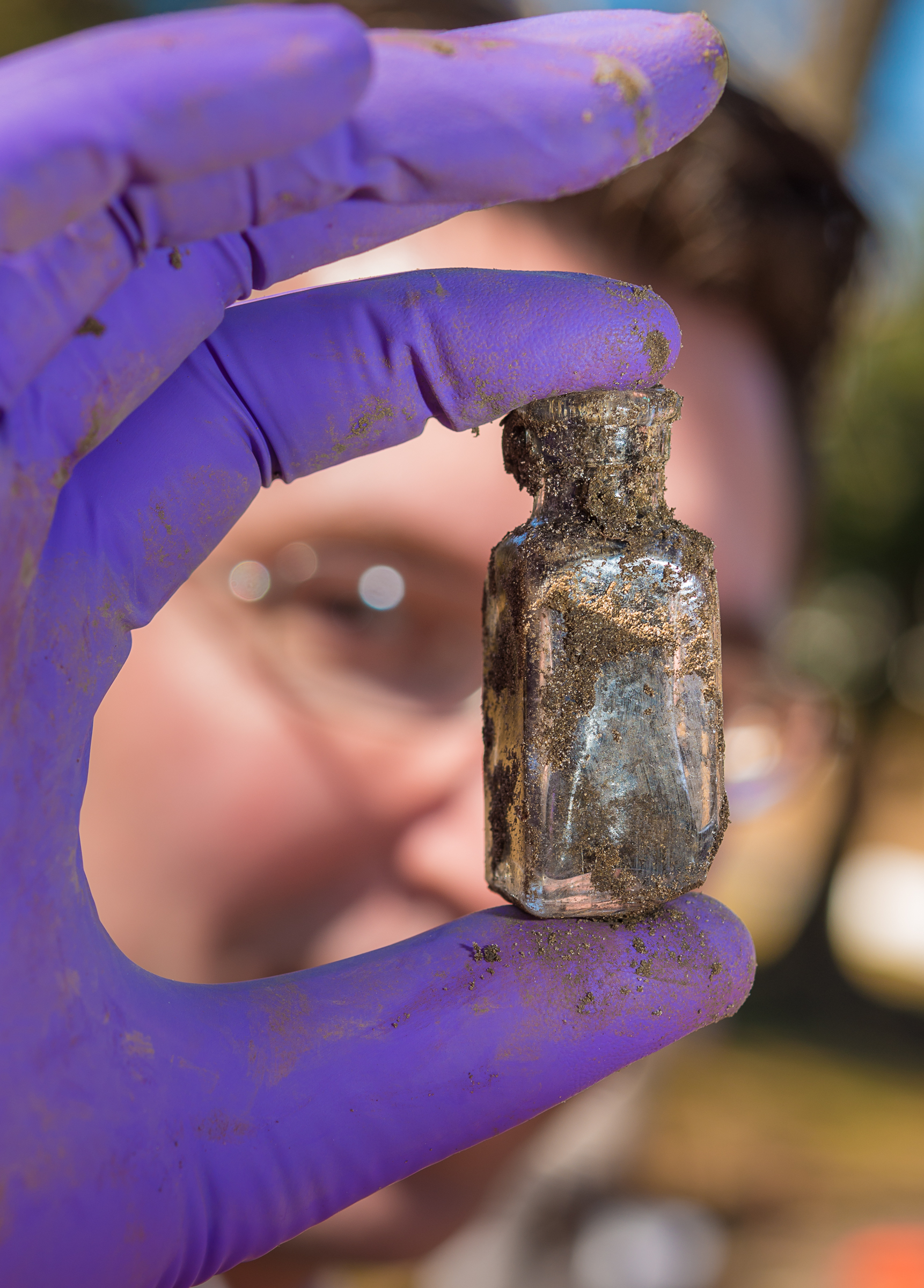 In 2015, Assistant City Manager, Kha McDonald of Thomasville, Georgia, approached SEAC to locate burials of Civil War POWs. In 1864, 5,000 POWs were camped on the outskirts of the city for a few weeks around Christmas as Confederates moved Union prisoners to avoid Sherman's advance. Historic records list the death of at least 45 of the POWs. Today the POW camp site is a city park and listed on the National Register of Historic Places. Thomasville hoped to establish that no extant graves still existed in the park. To determine if graves were present, SEAC formed an investigation team that included experts in human remains recovery. Team members consisted of staff and human remains detector dogs from the FBI's Jacksonville and Tampa Evidence Response Teams, SEAC Volunteers in Parks (VIPs), and VIP Suzi Goodhope and her human remains detector dog, Shiraz. Shiraz and the FBI dogs made several positive "hits" for decay odors related to humans, but no human remains were recovered when those areas were excavated. The archaeologists concluded that while decaying odors persisted in the soils, based on historic records, all human remains had been removed from the area and reburied in Union cemeteries post-Civil War. The team did recover many artifacts of an early 20th century African-American community called Dewey City. Analyzed by SEAC, many of the artifacts now reside at the Jack Hadley Black History Museum. 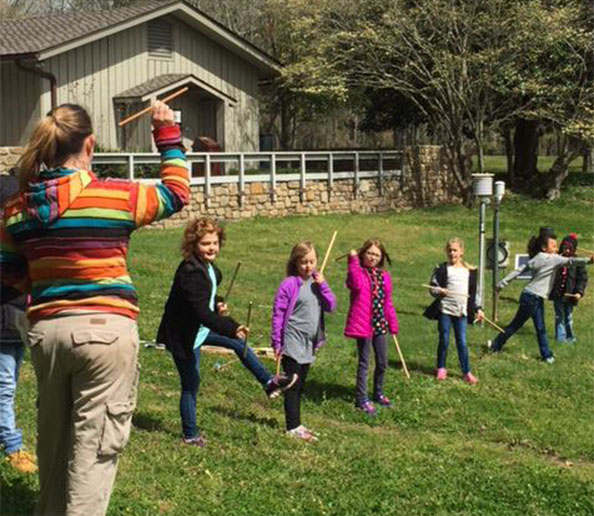 SEAC and Russell Cave National Monument teamed up for a Girl Scout Resource Ranger weekend! Activities included excavating, artifact analysis, pottery making, and Chunky Stone game. It was rainy and cold but it was a fun event!

SEAC and ALTASC have a wide range of youth archaeological programs geared to informing and teaching middle and grade school level and younger children on the methods, techniques, discovery, and need to preserve archaeological sites. These include in-class presentations at public, charter, and large home-school settings; presentations at public occasions such as archaeology week, music and food festivals, science, and Comic-Con and other popular culture events, of which the SEAC staff has vast experience. Through the NPS Teacher-Ranger-Teacher program, SEAC also offers training to teachers in how to teach kids archaeology. SEAC helps teachers develop curriculum in accordance with state standards, and works with state groups to help teachers develop long-lasting programs in archaeology for grade school children. SEAC has developed a weekend Girl Scout Training programming and can help Boy Scouts earn merit badges in archaeology. Any Girl Scout or Boy Scout leader, or teacher at any grade level can call SEAC liaisons to see how we may help in bringing archaeology alive to their kids. 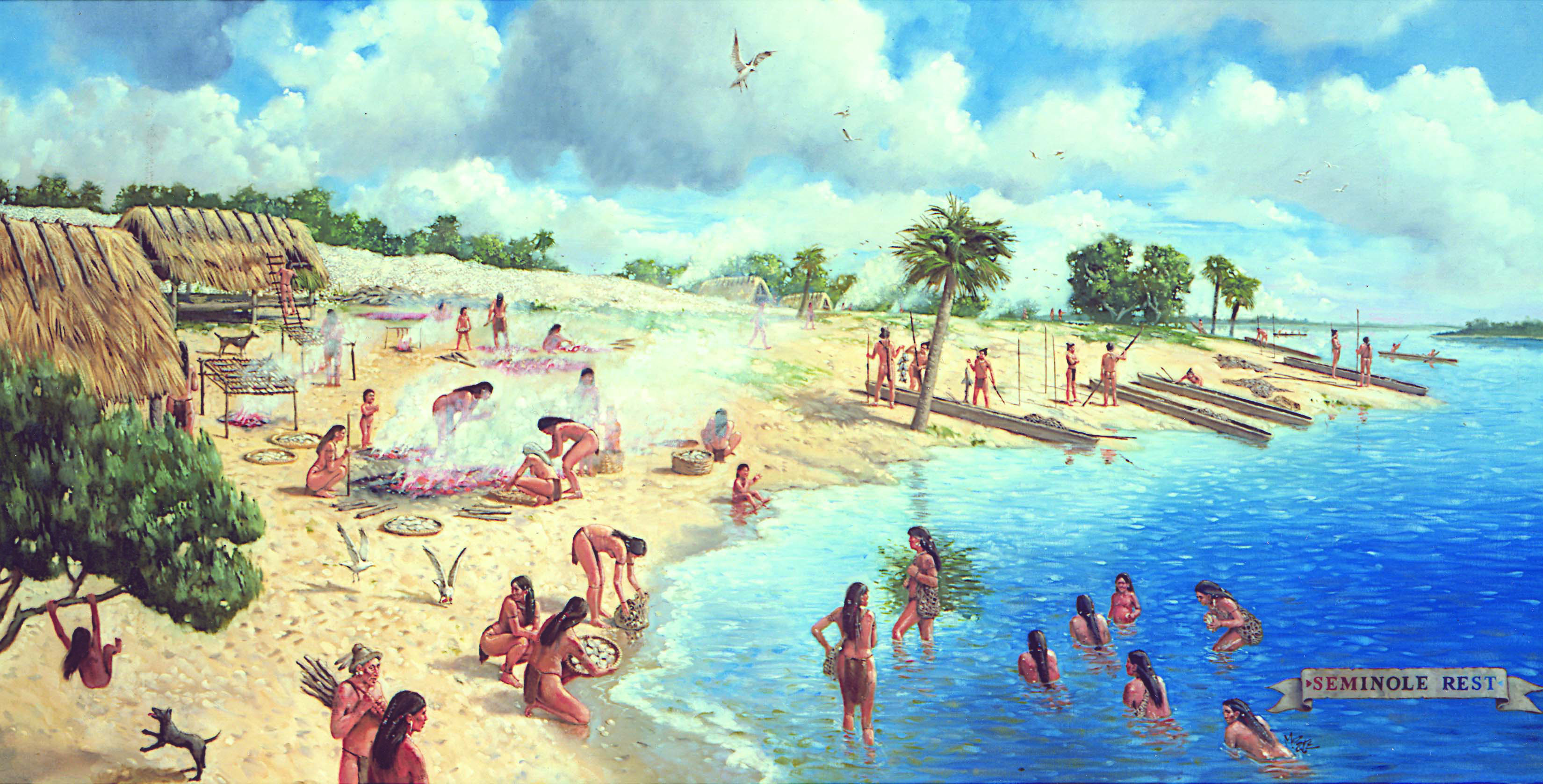 Existing mostly underground, archaeology can often be difficult for the public to envision. Most archaeology consists of little more than stained soils, and objects are often broken to the point of unrecognizability. To make archaeology come alive, SEAC has a staff and stable of contracted artists who draw, paint, and graphically design images of archaeology in various formats including black and white sketches, oil paintings, and various digital formats.. SEAC has produced large landscape paintings for parks and partners including Everglades National Park and Fort Benning, imagining what their archaeological sites looked like when they were living and breathing communities. Often these are the only image and access that the public may have to hidden and protected sites. Many of SEAC's art pieces have become the focus of posters for state historic preservation offices and archaeology month events. They may be seen in the backgrounds of Hollywood movies, expanded to large scale at International airports, and serving as covers for archaeological books. SEAC's liaisons to SEAF can address any inquiry as to how we might help potential partners in bringing their archaeological sites to life through art and digital imagery.